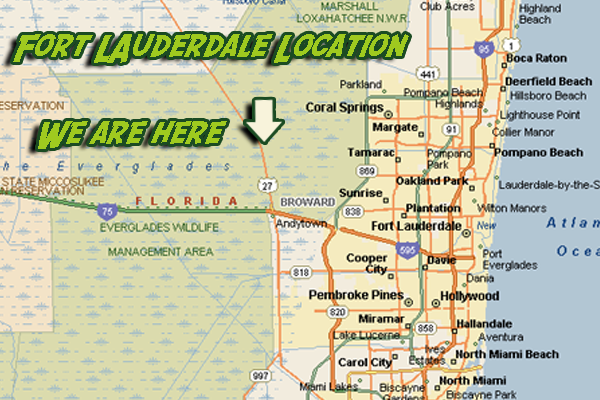 The Florida Everglades has evolved over time but still remains as one of Florida’s sites to see. America’s Everglades once covered almost 11,000 square miles of South Florida. About a century ago, water flowed down the Kissimmee River into Lake Okeechobee, then south through the Everglades marsh to the flats of Florida Bay – the ultimate destination of the pure sheet flow. The Florida Everglades is a mosaic of freshwater ponds, prairies and forested uplands that supports a rich plant and wildlife community throughout South Florida. The river spans as much as 60 miles in width, yet is only six inches deep in some places.

The Florida Everglades is viewed from the world as an area with abundant bird life. The Everglades is home to several species of large wading birds such as the roseate spoonbill, the wood stork, the great blue heron and a variety of egrets. The mix of salt and freshwater makes it the only place on Earth where alligators and crocodiles reside side by side.

Back in 1905, former Florida Governor Napoleon Bonaparte Broward began a concerted effort to drain the Everglades to make the land suitable for agriculture and development. Large tracts of the swamp were transformed into productive farmland, and cities such as Miami and Fort Lauderdale began sprouting up along the coast. The loss of water changed the natural characteristics of the marsh. As the water receded, so did the natural habitat of wading birds, fish and dozens of animals. Saltwater flowed farther into the marsh from the ocean, and pollution flowed in from neighboring farms and cities. Changes in water quality stifled the growth of native plants, allowed exotic plants to take root and fueled the growth of algae, which worsened the loss of natural habitat.

As a result of this cycle continuing for the last half of 1900, the Everglades today is half the size it was a century ago. The Everglades is still considered a national treasure just as extraordinary as the Grand Canyon, the Great Lakes or the Redwood Forests.

It is Florida’s top priority to improve the quality of life for all South Floridians, provide adequate water supply for South Florida’s growing population and provide improved flood control, all while preserving America’s Everglades and Florida’s Lake Okeechobee, and protecting natural wildlife and plants for future generations. Join us soon to see how the Florida Everglades has evolved over the years!

Come see all the history of the Everglades on our Airboat Everglades!